The time has come to accept the fact that social media platforms are the number one tools every user should utilize, in order to improve their business. That includes TikTok. Love it or hate it, it has risen to the very top of the most popular apps in just a few years.

As with other platforms that acquire a large number of users, the question arises, is it a new business strategy that should be tried or not?

Here’s some basic information about it…

Although many see it as the youngest of all popular platforms, a social network or creative platform, as it is popularly called, is not that new. It was officially launched back in 2016, by a Chinese company.

For those who do not use it, the question of what’s so different about it arises… Well, it stands out from other social networks for its specific content – a short video with the addition of music, filters, and many other functions.

As we said, these social media platforms are being utilized by every serious business, as their primary marketing tool, so by no means, you should avoid this one. And to prove why, read below all the reasons it will boost your every campaign…

One fact that proves any social platform is worth utilizing is that the whole world is there. As for this one, you should know that about 90% of its users are under 30 years old, so if you have a product or service that is intended for this age group, then it is definitely worth a try, considering that the popularity of this network is growing day by day and that in February 2021 it reached one billion users in more than 150 countries.

It’s a great way to advertise

In a world where consumers are becoming increasingly skeptical, and sick and tired of ads, raw, unedited videos you stream here can be a great way to show people using your brand in their everyday lives.

For example, videos can also be a great place to show behind-the-scenes business or current content – for example, HR can make meetings or specific lectures, presentations, etc. which are not so serious or important by going live more interactively to be interesting or closer to the audience.

Boutiques can use it for ever-popular videos – for example, you can record an entire season of your notable sale in a fun time-lapse video, and you can even add your own music.

5 to 15-second video ad slots are available, with CTAs to external links or to “challenge hashtags” within the app, a great opportunity for engagement. Ads are bought on CPC (cost per click) or oCPC (optimized cost per click) basis. oCPC ads are optimized to target users most likely to convert.

These ads can be targeted based on age, location, language, operating system, and interests. Lookalike audiences are also available. You have seen how quickly challenges go viral on this platform, and how much people have fun participating in them. You can also give your campaign a boost by gathering  free tiktok likes.

One of the fundamental characteristics of this platform is that the ‘show’ never stops. After you hover over one video, another automatically starts without you having to click anything to start it. It relies on the impulsivity of its users to the maximum and does not want to miss a single moment to make you stop and think if you are wasting your time or not. Moreover, one of the hallmarks of its videos is that none of them say how long they are. The less you are aware of the passage of time, the better. The series of videos are endless, and so is the amount of time you can spend on this application, and the urge to scroll is stronger than on other social networks because something is constantly moving in front of you. Hence the reason why it is so popular among youngsters.

Uploading your own video content is made as simple as possible with a solid selection of editing options to make it as attractive as possible. In other words, it pulls you in to become active in its world, not just a bystander. In doing so (whether you were aware of it or not) you stood on the stage of 800 million potential viewers.

Influencers have a high engagement rate

In fact, this platform offers the highest engagement rate compared to others available. This is probably because of the video format used, but regardless of the reason, the rate should speak for itself. Therefore, finding an influencer to work with, it will pay off.

It is an understatement to say that the emergence of this platform caused a stir in the social networking sphere. The first stage was a misunderstanding, the second stage was rejection, and finally the third stage – was exploitation.

Marketers, like stockbrokers, must have a sixth sense of recognizing opportunities. We have already heard how some of them recognized the podcast as a profitable way of advertising, and a similar thing happened with TikTok.

Its appeal is clear. As during the gold rush, it is still under-explored, not saturated, and represents a certain “new world ” for all who are in the field of marketing. This didn’t stop some of the world’s most famous brands to jump on the train and start utilizing it as a great tool for marketing.

After all, it’s not just a current trend that will pass. It is enough to look at the numbers, as well as the power that influencers have, to conclude that it is a serious social network and not just a tool where children dance.

How the future of its marketing will develop, we do not know. But it is certain that there will be a stronger presence of ads, measurement tools, and stronger cooperation with influencers. 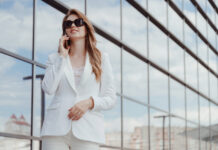 5 Reasons To Hire A Corporate Services Company In Hungary 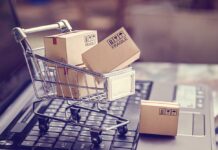 What To Do As Your Small Online Business Gets Bigger 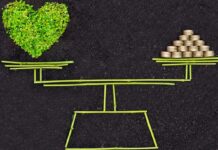 Defining ESG Integration And Why It Matters To Ethical Investor