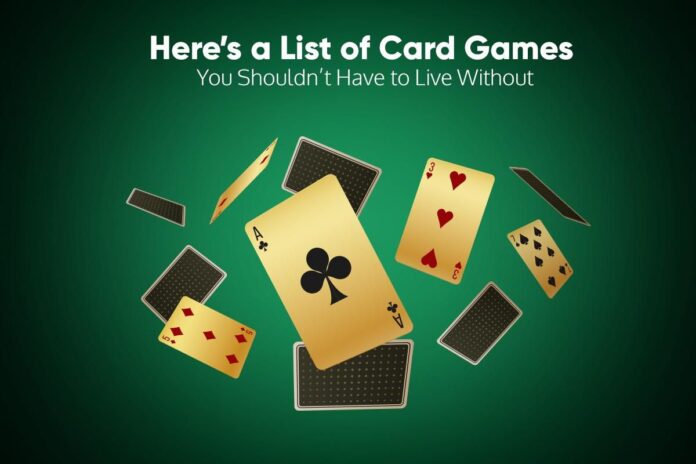 There are few things in life as outstanding as a game of cards. Don’t deprive yourself of the simple pleasure of shuffling a deck of playing cards and beating opponents. Keep scrolling to know the must-have card game apps for your device.

Spider Solitaire is an exciting card game available in different difficulty levels. You can play one, two, or four-suit Spider Solitaire depending on your experience and skill levels. The easiest is the one-suit version, and the four-suit variant is the toughest.

The primary objective is to arrange the cards ascendingly and create finished builds. Then, transfer the finished builds to the foundation pile and earn points. In most apps, the match sessions last five minutes, and you can compete with real-life opponents globally. You can also partake in 1VN tournaments to earn lucrative cash rewards and prizes.

Gin Rummy is a popular Rummy variant, and it is played with two to four players. It is different from the 13-card Rummy and 21-card Rummy games. Players are dealt ten cards each to create sequences or sets in this match session. Here, the A card is considered the first, followed by two and three.

You can win the match sessions without having a complete set of cards. If you score less than ten, you can knock for the win. At the end of the session, points are calculated with the difference between the winner’s deadwood points and the opponent’s deadwood.

Play Gin Rummy online and brush up your skills by engaging in 1V1 practice matches. After gaining confidence, participate in tournaments and win cash prizes. The best part of playing this game online is not having to wait for players. There are always online opponents ready to battle it out with you.

Earthcore is a refreshing, straightforward game, and it is similar to the trading card genre. It has an elemental rock-paper-scissors approach, and here, fire beats earth, water beats fire, and earth beats water. Each card has a risk value instead of having a set defense or attack stat.

UNO! is an insanely popular card game played among children and adults. It is available in the App Store and Google Play Store. You will find a variety of versions, features, and levels on the application that you won’t find when physically playing with your friends.

After installing the game, you can compete in events and tournaments to win prizes. In addition, you can play with strangers, friends, and family online or when they are sitting beside you. You can even bend the rules and customize the game using the Room mode.

The game even has clubs to help players connect with other players and friends. You can send gifts to each other, discuss strategies and learn new tactics. On the app, you can challenge other players and get your winnings up to 600 times. There are also applications allowing you to change the background and theme.

Sage Solitaire is a single-player game, and there’s something frighteningly addictive about this card puzzle. It would be best if you made poker-hand combinations on a 3X3 grid, and the cards were drawn from a standard deck of playing cards. The table must be swept clean by forming card-eliminating poker hands. Each round lasts a few minutes, and this casual game is ideal for passing your time.

If you are seeking intense competition, you can check out True Grit mode, which lets players put on their serious faces. Here, players will wager fake money, but they must prevent themselves from falling into the red. If you fall into the red, you cannot play this mode again.

Star Realms is one of the fantastic deck-building games out there. Here, players buy starships and star bases from a central market. Then, it would be best if you used the ships to launch an assault on your opponents. Thanks to the four separate factions or races of cards, each of them come with unique abilities, and you can replay the game a dozen times before you feel you have the required skills. However, there’s a downside to this application. The cards are pretty small, and you may have to zoom in to see what your first play of the game is and then start the game.

Card Crawl is an excellent game that brings together Solitaire and the excitement of Dungeons and Dragons. The game is repetitive and straightforward but highly entertaining. Players are dealt fifty-four cards in four sets to start playing the game. These cards are deadly enemies, gold or spells, weapons, and potions. The primary aim is to defeat all enemies in the deck using the other cards, and you need to hoard as much gold as possible.

These are some great card games you must install on your device to never be wanting for entertainment, come hail or storm. These games are engaging and mentally stimulating. So, install them and always have a good time. 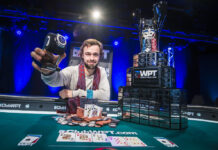 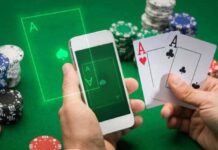