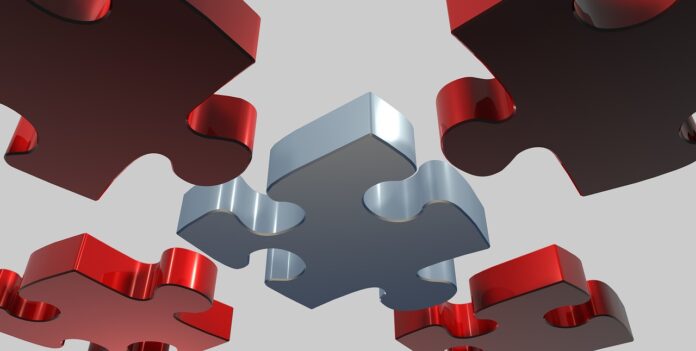 The NFTs made at this platform are used within the game as well as trade in the market which is not only Korean based but is a global opportunity. This brings the user revenue and recreation both through a single platform which enables the creator to maximize the benefits from the creative artwork and unique talent they possess.

With the current hype of online economic opportunities, we at Jable offer a platform that brings the user access to multiple economic opportunities ranging from the mixer, NFT, games, and land. We provide a decentralized, clear football ecosystem that is digital based and it aims for robust economic activities with the help of JABLE. The JABLE is a token which is based on utility and is used in the ecosystem of AIMverse which is based on blockchain.

The Jable utility token can be used for economic benefits and multiple profits. The token has a supply of 4 billion and is utility-based. The token is bound to bring great profits to the users. It is safe and user-friendly. The token brings authenticity to its users and can easily be used in trade. The token has a very diverse distribution.

AIMverse aims to project the real-life football game as a digital football gaming world. The platform provides the user with a football metaverse with a detailed experience of content generation as per the needs of the user. There are four systems integrated together to generate content as per the needs of the user. The user-generated content production starts from the mixer which is the data studio then comes the NFT which is the marketplace. This is followed by the game called fantasy and the lotto. Then comes the land which is the metaverse. These four systems operate in collaboration with one another to produce quality products. The platform by using a real-time AI data generator converts this data into assets that are digital for example NFT which can be utilized for profits based on the blockchain economy.

At AIMverse there are two very crucial functions which include Al mixer and the AIMverse football league. Al mixer is a prediction data editor which offers a program for predictive data editing which allows the user to make data modeling for gaming predictions. The AIMverse football league on the other hand is a real-time but fantasy football game that functions as a game-making tool enabling the users with an opportunity of creating virtual players to form a team with a combination of match DNAs of the real-world players. These two functions of AIMverse are the ones on which the whole game stands on.

Our platform provides its users with unmatched freedom of choice to enjoy the right of ownership and copyrights of their possessions. This will ensure safe NFT making and usage. The privacy and ownership is safeguarded. These factors tend to create the authenticity of artwork and guarantee the success of generating great revenues by the creation of digital assets in the game which cannot be replicated by anyone. The NFT made can be used in the game as well as in the market hence this opportunity brings multiple benefits from creating the NFT.

We at Jable follow a roadmap to a successful NFT.

The phases are divided into 4. The first phase begins with the publishing of the white paper. The second phase is to launch primary services on the web. The third phase is to promote the listing of Korean as well as the global market that is dominated by the cryptocurrency exchange. Phase 4 is to launch the secondary services on the web or the app.

An overview of the ecosystem

The soccer ecosystem involves the clubs, society, and the stadium. This ranges from tickets, goods, agents, players, sponsors, fans, club owners and coaches. The ecosystem however is fan centered and this sort of business setup tends to generate more benefits. This digital world seems almost like the real world. The good performing players hold a greater demand value while poor-performing fall and this tends to affect their NFT values in the market.

AIMverse brings football lovers a great opportunity to play a game that gives them profits in the form of a digital economy. The fan-centred digital football game allows the formation of digital players based on real-life players and the transformation of this creation into NFTs which can then be traded in the global market that generates revenue. Try JABLE to fulfill your gaming desires and get benefited by the vast opportunity.