Bears have a nose that is perfectly designed to fulfill their insatiable appetite. They are constantly on the move in search of food since they are interested and can detect food particles and other scented objects like toothpaste or soaps from great distances.

If you’ve ever gone camping or trekking in an area where bears are present and active, you are likely familiar with the need to protect your food in a bear canister. Although you can store your food in these cylindrical bins, you might be asking if bear canisters are smell-proof.

How Strong Is A Bear’s Sense of Smell?

Smelling is a bear’s primary sense. Dogs can detect goodies and what seems to be the most repulsive things about 300 times better than we can, while bears are said to have a sense of smell that is 100 times greater than your dog’s.

Even though a bear’s brain is just one-third the size of a human’s, the olfactory bulb, which controls a person’s sense of smell, is at least five times larger than it is in humans, giving bears a unique sense of smell.

In addition, bears have exceptionally developed noses packed with dozens of small muscles that enable them to manipulate objects with human-like dexterity. Along with having hundreds of times more surface area and receptors than a human’s nose, their 9-inch noses have much larger surface areas.

For this reason, the next time you set up camp in bear country, be sure to carry a bear canister.

Are Bears Capable of Smelling Food in a Vacuum Pack?

Despite the fact that bears have a fantastic sense of smell, they cannot smell the bear canister through vacuum-sealed bags. When transporting food or other smelly things into the wilderness, especially in any location where bears are present, it is always advisable to err on the side of caution.

In fact, keeping your things away from your camp is one of the best methods to prevent bears from coming!

In addition to storing your bear canister far from your tent, you should use vacuum seals whenever possible. Pests won’t be drawn to your snacks and meals, keeping them safer. Not only that, but if you keep wild creatures away from your campground, you’ll be safer for yourself. Bears can be hazardous, but other animals can be just as risky.

How Do I Protect My Food from Bears?

If finding food is already a bear’s goal, there aren’t many things that can be done to stop them. In the event that they approach out of curiosity, your top goal should be to prevent them from taking your food and stealing your dinner! One of the most effective measures you can take to lessen the likelihood of a bad bear encounter and protect both people and wildlife is to use a bear canister.

The main advantage of using a bear canister is that you won’t attract bears to your path or campground. This gives you security and peace of mind when you’re out in the outdoors, in addition to keeping you safe. Second, it prevents wildlife like bears, raccoons, or other opportunistic creatures from stealing or eating your food supply while you’re not paying attention.

A Bear Canister: How Do You Use One?

A bear canister should first be stored in a secure location. Avoid keeping it inside your tent. Keep bear canisters away from campsites by at least 100 yards, ideally in the shade. Cooking the entirety of your food should be done a further 100 yards from both the bear canister and your campsite. Be sure to keep it closed, locked, and secure at all times. To deodorize the area and stop bears from being attracted, keep the canister sealed and closed.

Only when you need them should you take your food and other goods out of the bear canister. After dining, put any remaining food scraps or garbage in the canister. Additionally, make sure to thoroughly rinse any food residue off of your cooking equipment before storing it, if space permits, in the bear canister. To be sure everything will fit in the canister, practice packing it at home before you even go camping.

Tips To Carry A Bear Canister

Use odor-repelling or zip-lock bags. Use odor-sealing bags to contain the food before placing it in the canister or your backpack to reduce the amount of aroma it leaves behind. Using a bear canister and carrying rubbish and crumbs in your backpack won’t help if a curious bear approaches.

Put it in the middle of your backpack.

To avoid opening up the entire canister to discover your next meal, organize your food by day. Place the food for your final day at the bottom of the canister, then layer the food for the following days as you work your way to the top. So that they are easily accessible every day, toiletries can be placed on top.

Bears have a remarkable talent for smelling food from a great distance, and as they become acclimated to people’s presence, they become more daring when it comes to entering tents and more determined when it comes to stealing food from trees or garbage cans. Furthermore, because bears are so skilled at getting into bags, several large national parks now demand that campers carry a bear canister.

Tools like bear canisters come in handy when you’re in the woods. In actuality, even in the absence of suitable trees, a bear canister can still be used. Their sturdiness also extends to safeguarding the items inside. A typical model is created from the beginning to be slash-resistant. A canister is likely to be tough to get for even the nosiest bear. 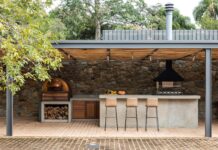 How to Tell if Your Antique Boat Is Worth Restoring? 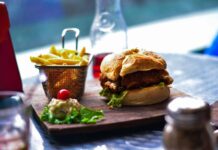 How Vegans Have Changed the Fast-Food Industry